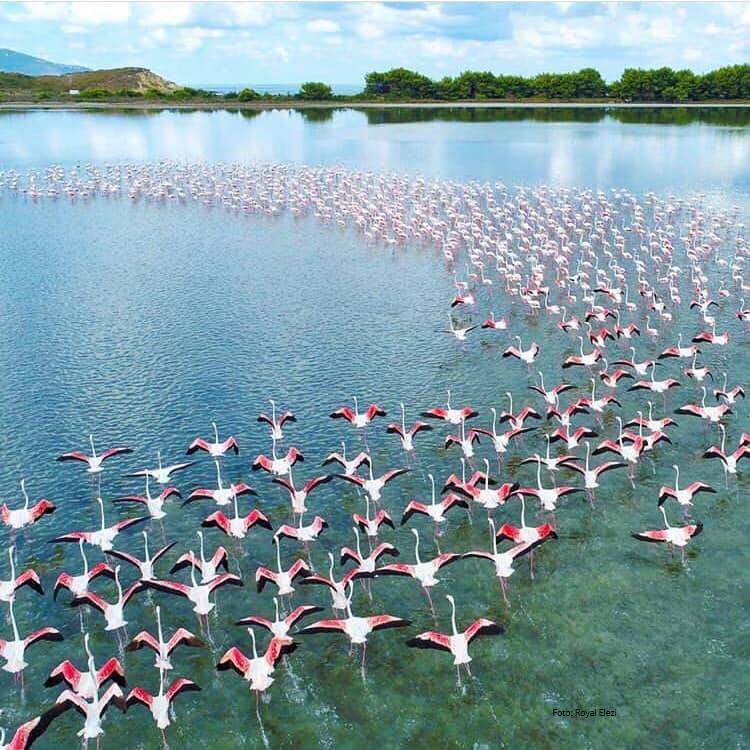 TIRANA, May 22/ATA/- May 22, International Biodiversity Day, was declared by the United Nations General Assembly to commemorate May 22, 1992, when the text of the Biodiversity Convention, to which Albania is a party, was adopted.

In the framework of this day, Prime Minister Edi Rama posted in the social media a video with some of the natural resources in our country. Albania is known for the variety of landscapes and is ranked among the countries with high biodiversity in Europe.

The protected areas are already quiet and safe habitats where the fauna is constantly increasing and getting enriched.

There are about 70 species of waterfowl with a population of 180,000 individuals wintering in these areas. At least four of them (Karavastaja, Narta, Shkodra and Ohrid) are considered areas of international importance for waterfowl known as IBA (Important Bird Areas), or Ramsar sites, with more than 20,000 species of waterfowl per area.

However, the establishment of a hunting moratorium was an initiative that, despite the opposition of the hunters, significantly increased the number of wild animals or migratory birds, even those at risk of extinction in Protected Areas, bringing to our country some of the types of the rarest birds in the world.

To the list of birds in the Vjosa-Narta Protected Landscape, 1 new species was added: the pink pelican (Pelecanus onocrotoalus).

The pink pelican is one of the 8 species of pelicans in the world and 1 of the 2 species found in our country, along with what everyone knows: the curly pelican (Pelecanus crispus) or the world’s largest freshwater bird. .

As a result of the hunting moratorium, the number of waterfowl in Divjaka-Karavasta National Park has increased, where flamingos are found in this park as never before.

We also have an increase in wild fauna species in Kune-Vain; in Shkodra Lake, in Narta, Butrint, Orikum, Patok, in Karpen, Seman and in Lake Tirana.

Natural resources, the beauty of the Albanian provinces and forests have become a tourist attraction for local and foreign visitors where they have the opportunity to observe rare animals and birds that cannot find in everyday life./p.s./