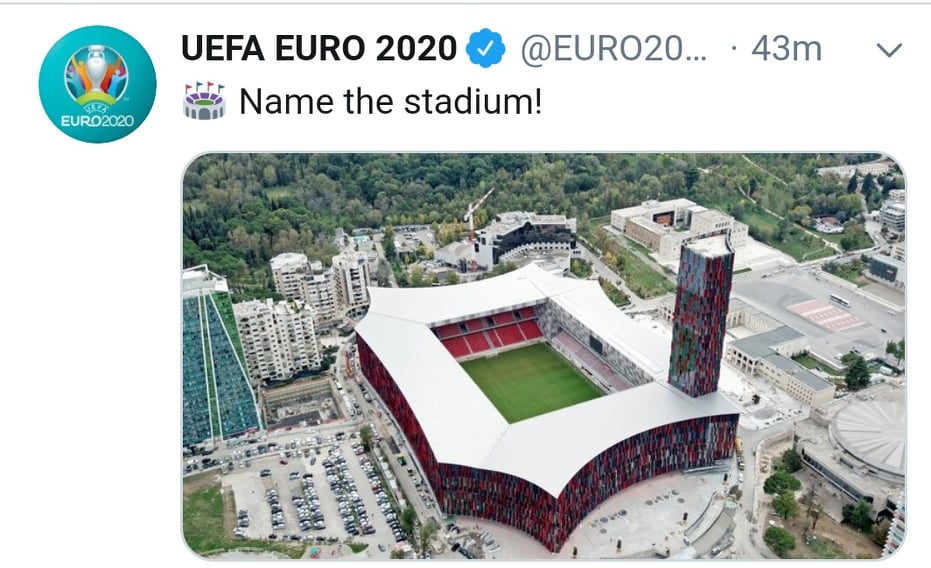 TIRANA, May 13/ATA/ – The UEFA EURO 2020 has posted on its page on Twitter photo of the “Air Albania” stadium, asking its followers to name the stadium.

According to the comments, the name of the stadium is widely known and these comments were made not only from Albanians, but also foreigners who apparently have knowledge of the national stadium of Albania.

“Air Albania” Stadium has had a great publicity since it was inaugurated, while President Ceferin himself has often spoken about it. The stadium is also part of the competitions for some awards.

The goal is to hold the final of the European Super Cup in the new stadium of the capital. /gj.m/p.s./