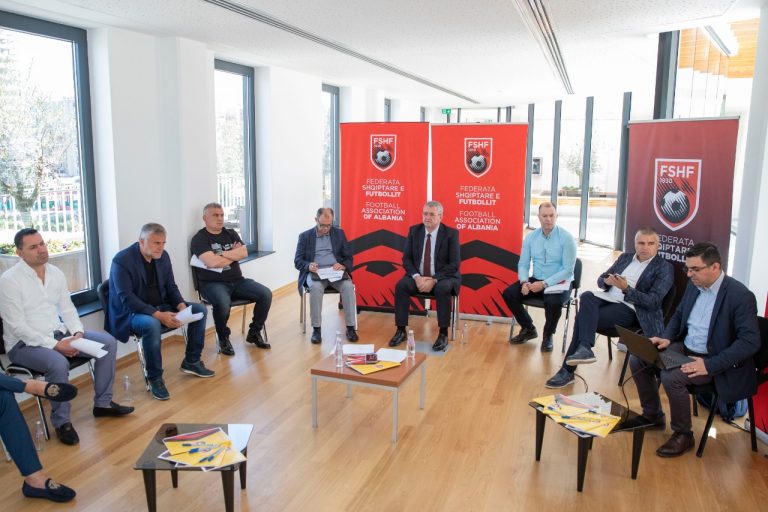 Today, at the premises of the new headquarters of the Albanian Football Association, there was held a meeting of the presidents of the clubs of the Superior Category and the Albanian Football Federation during which it was discussed about resumption of the football competition in the country.

During this meeting, there were taken into consideration the medical protocol and the calendar and finally it was decided that the Superior Category will resume matches on June 3 and end on July 29, 2020.

It was also decided that the final match of the Cup of Albania will take place on August 2./gj.m/j.p/p.s./