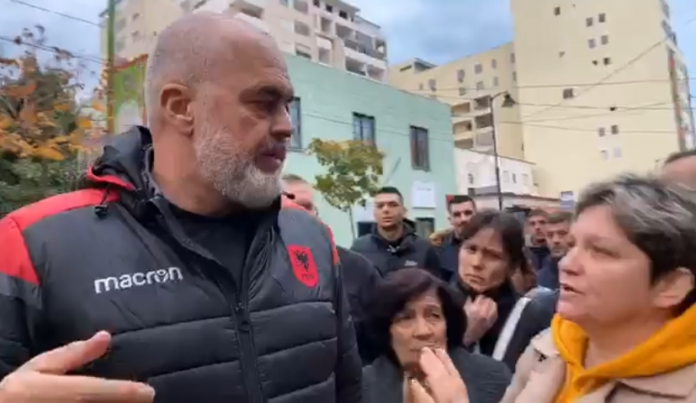 TIRANA, December 2/ATA/-Prime Minister Edi Rama visited today the area of the former marsh land in Durrës where he met the residents of the apartment blocks damaged by the quake of November 26.

The prime minister saw an apartment block that is being inspected by the French experts who in the end will also certify its condition.

According to preliminary information, the apartment building has no structural damages, but only damages in the walls.

The prime minister gave assurances to the local people that the builders will whether apply the standards in building so that even the walls will pose no more problems or they will have to go in prison.

“If the builders have disappeared, then we shall adjust things”, said PM Rama.

The prime minister said that, « There are 10 thousand people damaged by the earthquake and that is more than the Albanian Army »./j.p/p.s./