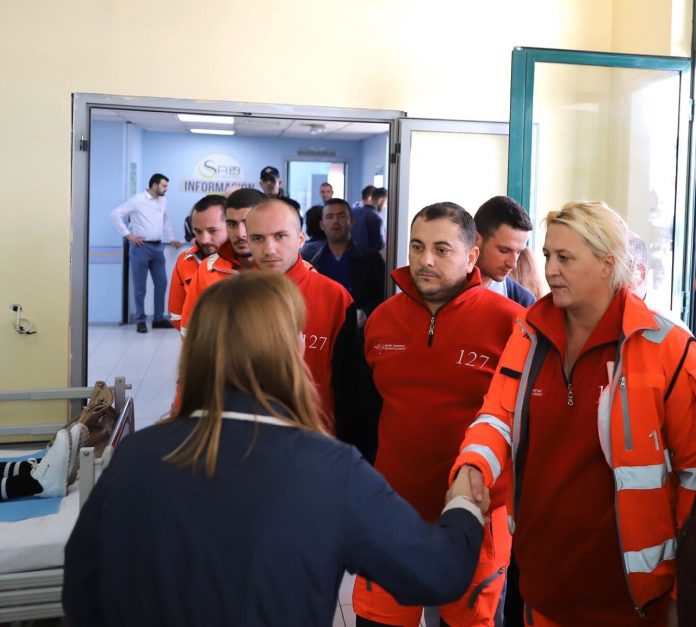 TIRANA, November 28/ATA/- 750 people got injured during Tuesday earthquake. 660 of the injured have been treated at the Trauma and Durrës hospitals alone.

There are currently 65 people injured. Their condition appears stabilized, with the exception of 3 persons being in a more serious condition.

Whereas 145 persons received medical services at the emergency camps set up in Tirana and Durrës. The teams on the ground have been provided with medication for the chronically ill.

The National Emergency Reaction Force has received 3745 calls for help since the earthquake, and has carried out 937 ambulance missions.

All hospitals and medical centers near earthquake-affected areas are on alert./j.p/p.s./