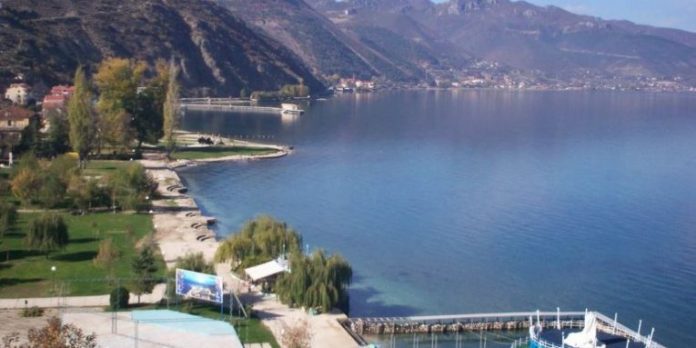 TIRANA, Nov 24 /ATA/-By Maela Marini/ – After many years of efforts, a ferry line, due to operate guided tours in Ohrid Lake from Pogradec to Lin, Tushemisht, Struga, and Ohrid Old Town, has finally become operational. The new cruise line that will sail along the coast of the lake is going to give a boost to cross-border tourism in Ohrid Lake Region. The line will provide another perspective for development of the lake city of Pogradec and it will also further increase the contribution of Albania to the development of recreational and adventure tourism in the region.

The Mayor of Pogradec Ilir Xhakolli told Albanian Telegraphic Agency (ATA) that the first Albanian tourist ferry that will operate tour services along the Ohrid lake shore from Pogradec to Tushemisht and Lin to to continue than sailing to Struga and Ohrid in North Macedonia.

“The ferry has a capacity of 150 people and it’s the first one that will operate tour services from Pogradec to North Macedonia. It will serve both local and international visitors by operating tour service along the lake line within the country and further on to Ohrid and Struga,” Xhakolli said.

The arrival of Tina Turist ferry to Pogradec was made possible by local government authorities in cooperation with the private sector. It will also offer restaurant and bar services.

Previously, a North Macedonian ferry boat operated the Ohrid-Pogradec line for a few months. The Municipality of Pogradec aims at increasing the number of ferry boats in Ohrid Lake accordingly to the market demand.

The Albanian part of the Natural and Cultural Heritage of Ohrid Lake includes important sites like the landscape in Lin Peninsula and Lin village, Drilon, the landscape in the northern part of Lin, where the ancient Illyrian settlements are located.  The region was inscribed on UNESCO World Heritage List on 5 June 2019 while North Macedonian side of the lake, which includes two-third of the lake surface was listed as a UNESCO World Heritage Site since 1979.

This is good news as Albania lags in domestic maritime and lake transport. Despite the hundreds of km of access into the Adriatic and Ionian seas, there is no ferry service between coastal cities and towns not even during the peak season. Corfu – Saranda – Himara route is operated by hydrofoil boats during a short summer period. Yet, the demand for maritime transport is high.

Cruise lines and tourism infrastructure remain a potential sector for investment in Albania.

The ferry is expected to start its services, if the weather conditions are favourable, before the summer season 2020.