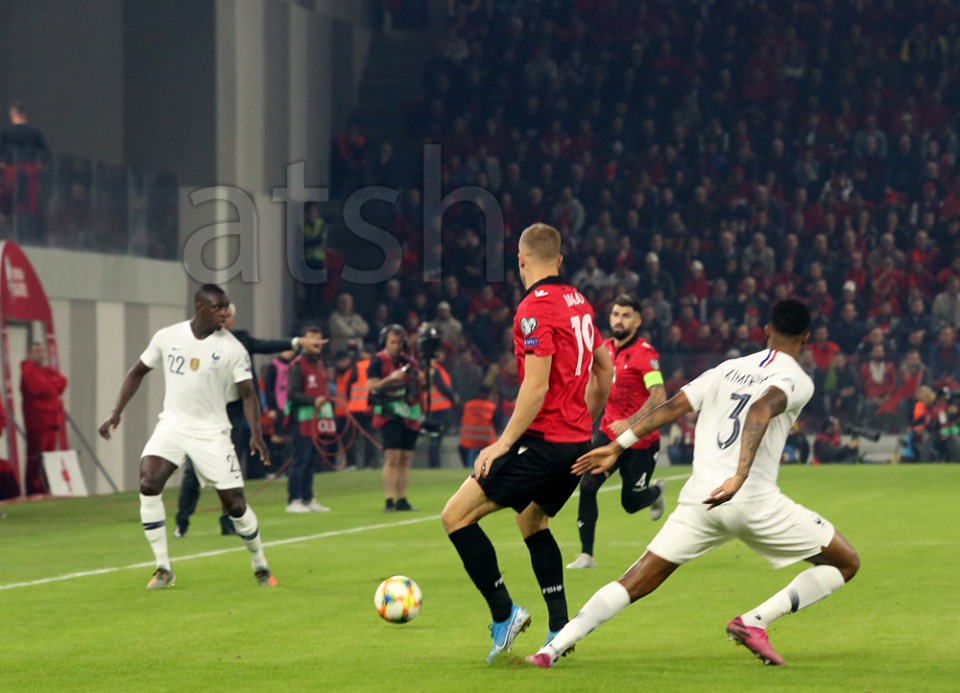 TIRANA, Nov 17 /ATA/- By Arbi Fortuzi/- France has triumphed 2-0 at “Air Albania Stadium” against Albania, in the match of Group H for the Euro Qualifiers 2020. The match became very exciting as the fate of the challenge was determined by Griezman twice.

France weren’t as good in the second half as in the first but, inspired by Griezmann, they did more than enough to ensure they win the group. Albania were decent in spells and put a lot of effort into the game, without really testing Mandanda.

Albania concludes the group stage with two disappointing results. The Red and Blacks racked up 13 points, leaving Andorra and Moldova behind, while Iceland ranked third and France won the group, followed by Turkey.
Lineups