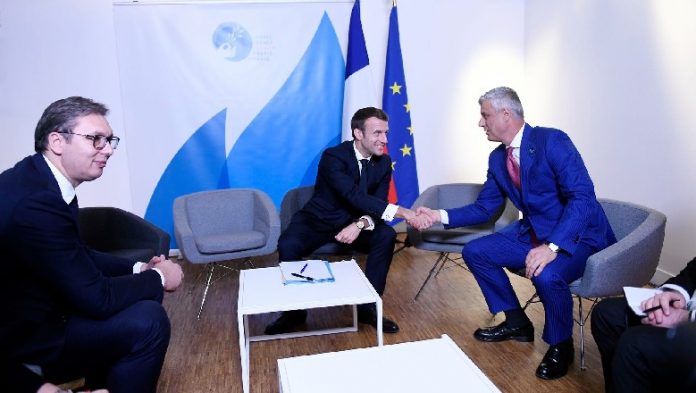 The French President Emmanuel Macron mediated the meeting while being interested for continuation of the dialogue between Kosovo and Serbia, the mutual recognition of the two countries and Kosovo membership in the NATO and the EU.

“The meeting was between the representatives of two countries that have fought a war and the target was to heal the wounds of war”, Thaçi quoted the words of the French president.

On the sidelines of Paris Peace Forum, Thaçi also met with President of the International Committee of the Red Cross Peter Maurer.

They discussed on the role of the ICRC in resolving the issue of the missing persons in Kosovo.

Thaçi stressed that the issue of the missing persons is the biggest open wound left since the war.

“An immediate solution should be found for all missing persons,” said President Thaçi.

He added that this is a humanitarian issue and should not be politicized./KosovaPress/p.s./