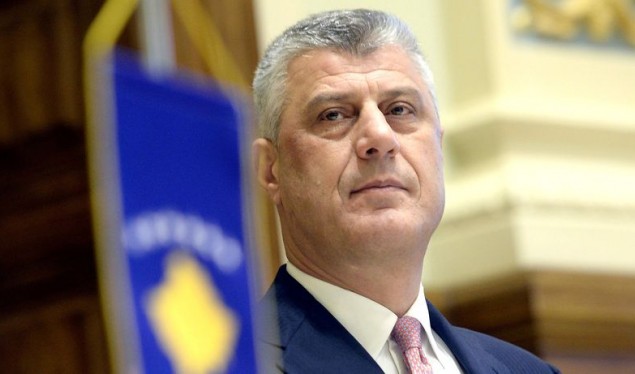 TIRANA, November 10/ATA/- Kosovo President Hashim Thaçi refused to attend the Ohrid Summit arguing that there was no parity.

“First of all, Kosovo was deliberately overlooked by Serbia at the First Summit of this new regional initiative. Secondly, Kosovo’s only vision remains EU and NATO membership. Therefore, we do not want under any circumstances to replace our Euro-Atlantic perspective with any regional initiative, “said Thaçi.

“And thirdly, this regional initiative is meaningless as long as Serbia and Bosnia-Herzegovina do not recognize Kosovo’s independence,” he added.

According to Thaçi, Kosovo is committed to good neighborly relations and removing obstacles to the freedom of people and goods.

“But, Kosovo cannot be part of such a summit in which there are states that do not yet recognize the reality of independent Kosovo. We are committed to overcoming the current obstacles through dialogue and mutual recognition. Only when such a thing happens, we will become part of such regional initiatives as equal states, ” said Thaçi./j.p/p.s./