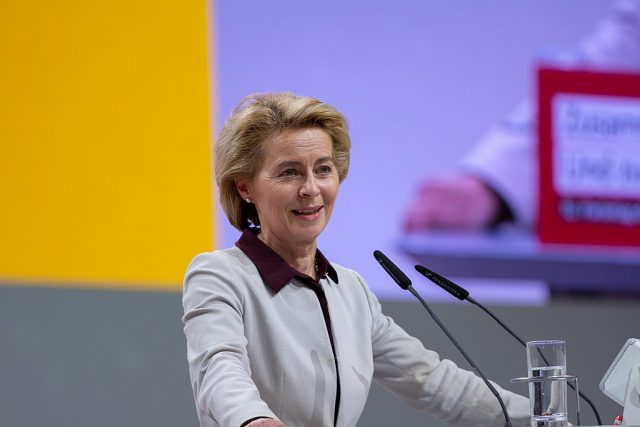 BERLIN, Nov 8 /ATA/ – President-elect of the European Commission Ursula von der Leyen stated Friday that granting Albania and North Macedonia a route to EU accession is “of great strategic importance” for the bloc.

According to Politico, the statement was made following the meeting with the German Chancellor Angela Merkel in Berlin and the EC President emphasized that it is very significant to link the Western Balkans as closely as possible to the EU.

President-elect, who is expected to begin her tenure on 1 December, said that Skopje and Tirana have made incredible efforts to reach the point EU has asked them to reach, adding that she will look for alternative means to strengthen ties with the countries.

“As long as it is not possible to actually open the accession talks … I will put all my energy into developing joint projects that will increasingly bind these countries to us through close cooperation,” she said, adding: “If we don’t do that, others will fall into a vacuum, and we do not want that to happen”, Politico reports.