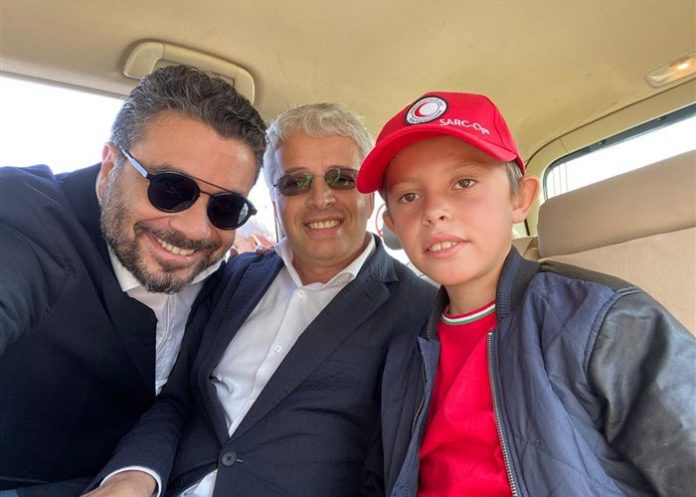 TIRANA, November 8/ATA/- “Terrorism, violence and extremism are not an option for our lives,” said today Interior Minister Sandër Lleshaj during a press conference at Fiumicino Airport. He made the statement following the successful completion of Alvin Berisha’s return home operation.

Today morning, Alvin Berisha joined his family, father and two sisters who were waiting for him at Rome airport. The 11-year-old was handed over to the family by Red Cross and Red Crescent employees.

Minister Lleshaj emphasized that this operation conveys a very important message for all, and above all a fundamental message for politics that such events should not happen again.

“I have to thank all the actors involved. It has been an extremely complex operation involving several aspects. First of all, we have a political aspect, as the operation was followed by the two prime ministers Rama and Conte. They decided to continue the operation after meeting in Rome. Then, our embassies were involved, ” said Lleshaj.

“I also want to salute the diplomatic authorities that were directly involved in the operation. It was the Lebanese authorities who backed this delicate operation on the ground. The case has received a lot of attention and the question arises whether we are using this politically: And I say yes. We are using it politically to deliver some important messages that will be an experience to us. Alvin Berisha is a sad case that tells us all that violence, extremism and terrorism are not options in our lives. The whole challenge of politics and society is that the case of Alvin Berisha will not be repeated and that any form of violence will not find space in our European society ”, concluded Lleshaj.

The 11-year-old Albanian child Alvin Berisha had been kept at the Al-Hol refugee camp in northeast Syria./a.g/p.s./