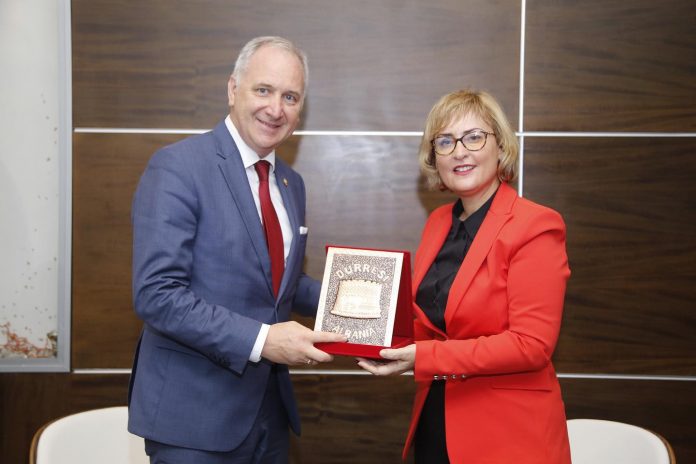 “I was pleased to host in our city the mayor of Split, Rstulović Opara, and consultant on European projects Krešimir Budiša. The beginning of a cooperation agreement between two cities with plenty of commonalities. The conversation focused on exchange of experience in the field of tourism and the launch of tourist line Durrës-Split,”-Sako says.