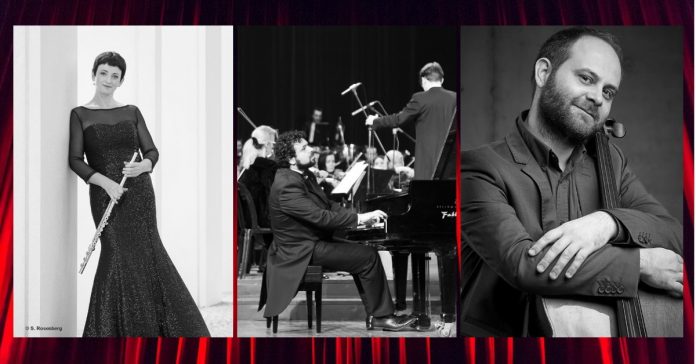 TIRANA, November 7 /ATA/- The art-lovers in the capital can have a taste of the chamber music in context of the “Magic Flute” at the School of Art, the “Tonin Harapi” Hall.

On the evening of November 8, the German musicians Claudia Stein, Daniel Barenboim and Albanian cellist Vlorent Xhafaj and Marin Gjollma in piano will create a fantastic evening under the sounds of classical music.

They will perform for audiences musical pieces by Beethoven, “The Magic Flute” opera by Mozart, pieces by Charles-Marie Widor and George Eenescu and Carl Maria von Weber.

Since antiquity the flute is regarded as an almost magical instrument that creates fantasy and has an effect on humans. This effect of the flute will be felt even on the evening of November 8./a.a/ /a.g/p.s./