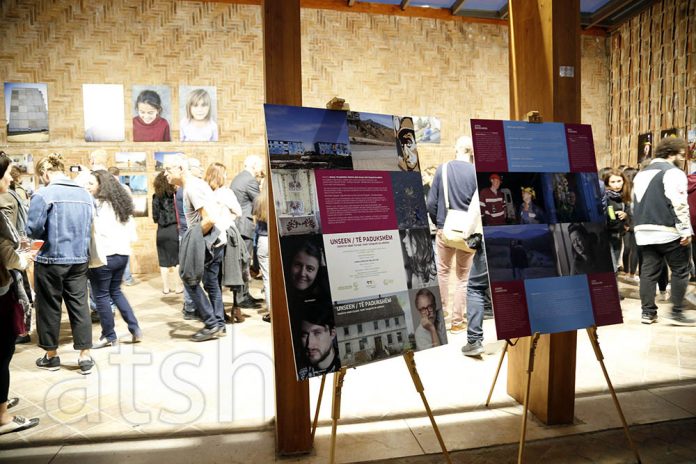 Attending the opening event of the exhibition was German Ambassador in Tirana Peter Zingraf, Minister of Culture Elva Margariti, art lover and others.

The source of the exhibition is the desire to analyze the consequences of Europe’s rapid transformation on individual people, families and communities as well as to reveal the sociopolitical effects at the individual level as well. 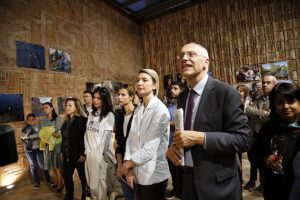 The exhibition includes photographs, videos and texts by four photographers: Jutta Benzenberg (Albania), Andrej Liankewitsch (Belarus), Livio Senigalliesi (Italy) and Mila Teshaieva (Germany). Each of them has been accompanied in the field by a local actor or journalist with deep local knowledge.

The whole project of Goethe Institute in Milan was curated by Gabi Scardi, while the exhibition in Tirana was organized under the auspices of Jutta Benzenberg.

The works focus on certain European regions that following a phase of productivity and development boom find themselves in crisis, affected by phenomena such as de-industrialization and depopulation.

At times, landscapes are also in focus, suffering long-term structural changes with consequences for the economy, social development and future prospects above all for younger generations.

The exhibition will remain open until October 18 and admission is free./k.s/j.p/p.s./