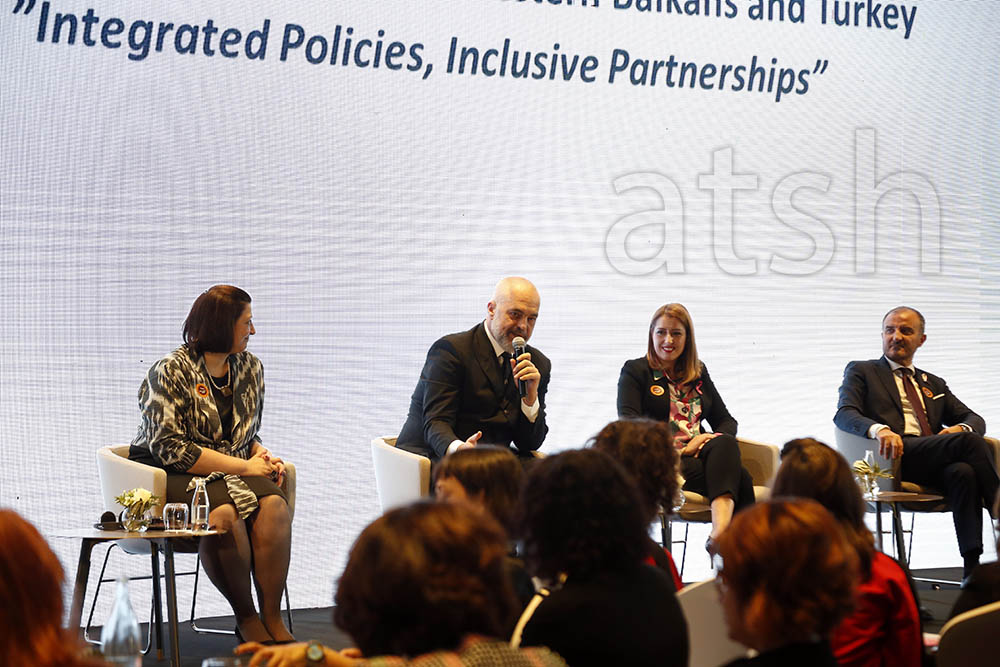 TIRANA, October 9/ATA/-“Albania has made a long way ahead towards gender equality in governance and administration,” said Prime Minister Edi Rama at the Regional Forum on “Ending Violence Against Women in the Western Balkans and Turkey: Implementing Norms, Changing Minds” ”, which was held in Tirana.

At the beginning of his speech, PM Rama shared the good news of Albania’s ranking among the top 10 countries in the world in terms of gender equality in governance.

“When the Istanbul Convention was signed in May 2011, in our country were held the local elections in 384 local administrative units, communes and municipalities. And of the 384 candidates elected, only 5 were women,” recalled PM Rama.

Meanwhile, the prime minister said that, “Few days ago, the United Nations published the list of rankings of governments with gender-balanced equality”. “I am very proud to say that we were in the ‘top 5’ countries, along with Sweden, Finland, etc.,” said PM Rama.

Further on, he said that today, “50% of municipal councils are composed by women and we have succeeded in achieving a perfect balance between local representatives in municipal councils while in government we have more women than men”.

“60% of our steering committees in public administration are composed by women. Even from my experience, I tell you that if you want to talk and have long discussions without doing anything, you do it with men, but if you want things done it is better to choose women,”said PM Rama.

But, he also recalled that, “In rural areas, there have been returns to old habits, e.g. families do not let girls to attend school, and men do not let women to work. All these things provoked a sufficient amount of domestic violence,” said PM Rama.

Therefore, the prime minister drew the attention to the need of fighting even the dark side of the medal./j.p/p.s./