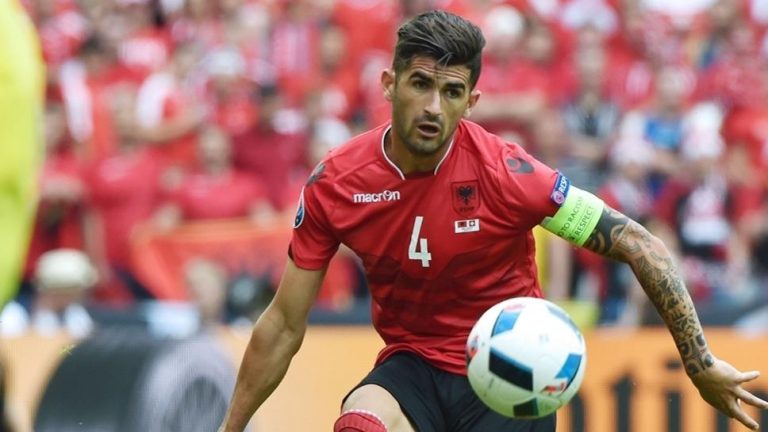 TIRANA, Oct 7 /ATA/ – Albania’s captain Elseid Hysaj suffered a serious injury after landing on his head in the latest Serie A Napoli’s away game against Torino a day ago.

At the 33rd minute of the game, Napoli defender and Albanian international had to be taken off from the pitch on a stretcher after landing upside down on the back of his neck as the 25-year-old player challenged Cristian Ansaldi for a header.

The X-Rays showed he had suffered a partial fracture of the sternum.

Napoli football club said in a press release that Hysaj has suffered a fracture of the sternum. This is the latest Hysaj’s diagnosis following the X-Rays examination. The Napoli star will miss the upcoming Albania’s away games against Turkey and Moldova in UEFA Euro 2020 Group H qualifier on October 11 and 14.