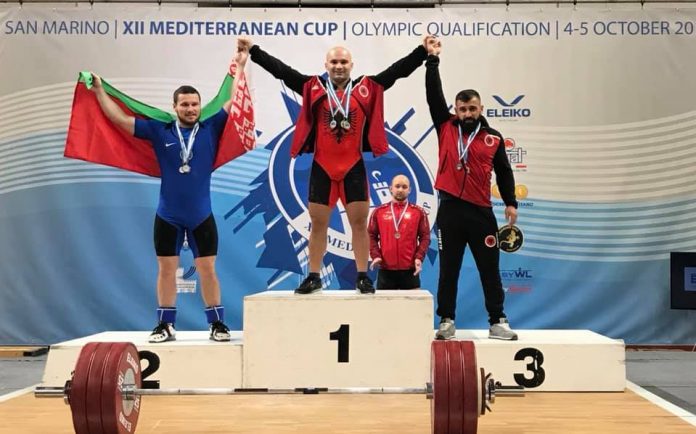 During this qualifying sports event for the 2020 Tokyo Olympics, Shkodra weightlifter dominated in the category up to 81 kg. Qerimaj won 3 gold medals in the jerk and snatch lifting respectively 156kg and 190kg and ending the race in a total of 346kg.

Two other Albanian weightlifters, Daniel Godelli and Briken Calja were also part of the Albanian National team at the Weightlifting Cup. Godelli won two bronze medals, while Calja won one silver and one bronze medal./a.g/p.s./