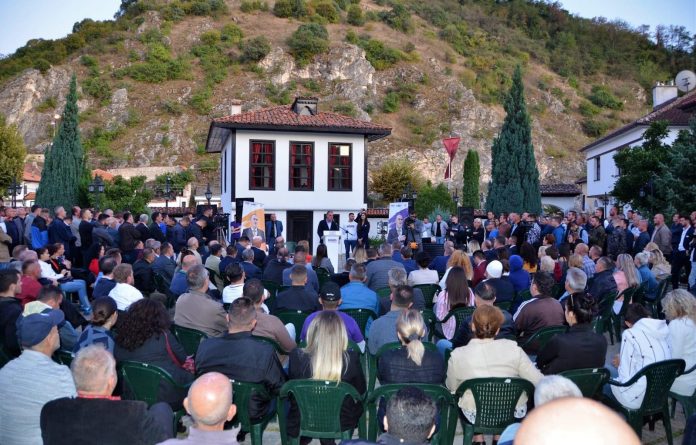 PRISTINA, September 20 /ATA/- “The new government of Kosovo that will come out of the October 6th elections will have as the first topic on its agenda to deal with dialogue with Serbia and the tax,” said Prime Ministerial hopeful from the Initiative-AKR-PD coalition, Fatmir Limaj, during a meeting with the Initiative supporters in Prizren.

The head of the Social Democratic Initiative said that citizens should not be cheated with words, as he said the first topic will be dialogue and taxation.

Limaj stressed that the next government would negotiate an agreement with Serbia and that the Parliament would approve that agreement.

Before the citizens of Prizren, Limaj said that the priority of governance will be the development of agriculture. In this context, he said that for the next four years will be foreseen 500 million Euros investment in agriculture./KosovaPress/p.s./