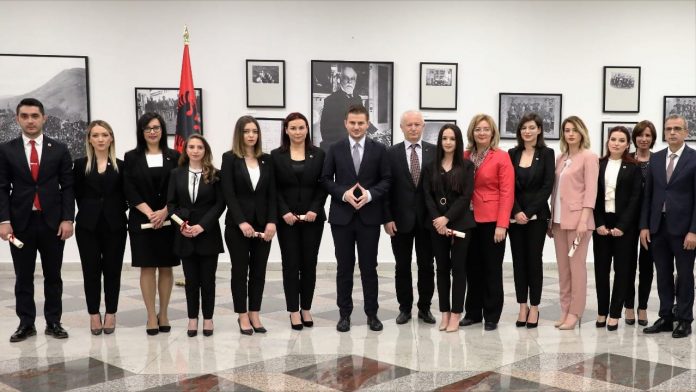 TIRANA, September 20 /ATA/- Albania’s Ministry for Europe and Foreign Affairs, through the Department of Public Administration, announced 12 vacancies in the Foreign Service of the Republic of Albania.

“This announcement is part of an effort by the Ministry for Europe and Foreign Affairs to include excellent students in the Albanian diplomatic corps. One of the main commitments of the Ministry for Europe and Foreign Affairs remains the development of a diplomatic structure that relies on youth energies and professional qualities. Among other things, this announcement also comes as a result of reforms undertaken to consolidate the career system in diplomacy. The changes undertaken so far have created a much greater space for excellent students, professionals and persons of generally distinguished ability”, said Cakaj.

This new generation of diplomats, he added, will get trained and treated with the utmost care so that to become an elite generation of Albanian diplomacy in the long run./a.g/p.s./