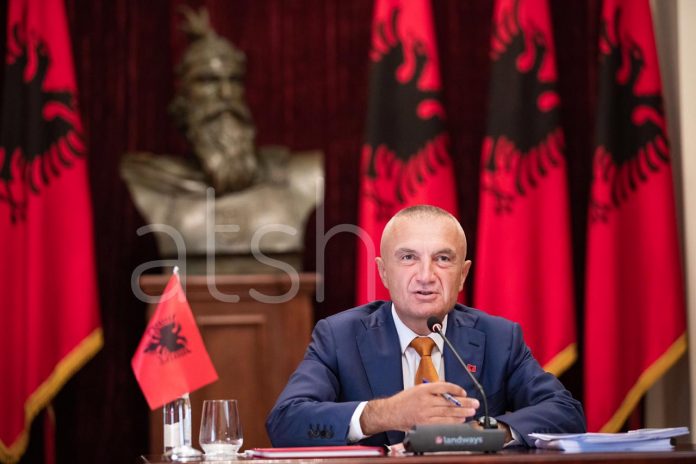 TIRANA, Sept 11 /ATA/ – By I. Vata/ “President of the Republic has not committed any violation, instead he has acted as the guardian of the Constitution and its principles,” Meta said on Wednesday afternoon at a news conference expressing his will to cooperate with Venice Commission.

“With respect to the work they have started and will do until October 11, we have provided a preliminary report on a set of questions that Parliament of Albania has addressed them over the attributes of President of the Republic, which is clear and analytical and also accompanied with documents. This document will be published on official website of President of the Republic in two languages, in Albanian and English, and will be open to contributions not only for the sake of transparency but also to be updated with remarks, nuggets of information and wisdom by domestic and international lawyers as long as it is a very important issue and a case in the field of public law and for sure it will remain as such in the future and will trigger a lot of discussion in international law either, ”he said.

Meta added that everything will be made available to public opinion of all members of Venice Commission our country has adhered to and in result has obligations to abide by.
President Meta drew attention to the violation of Venice Commission principles with justice reform coming once again under attack.

President Ilir Meta admitted that by setting a new date for local elections he had violated the Electoral Code adding that it is totally unimportant.

“The decree from constitutional point of view falls within the scope of President of the Republic. The Venice Commission is one of the Constitution drafters. We overstep the mark. We invent one thing and distribute it everywhere. You may rest assured that President has observed the Constitution in the best way possible,” Meta said.
/j.p/sm/