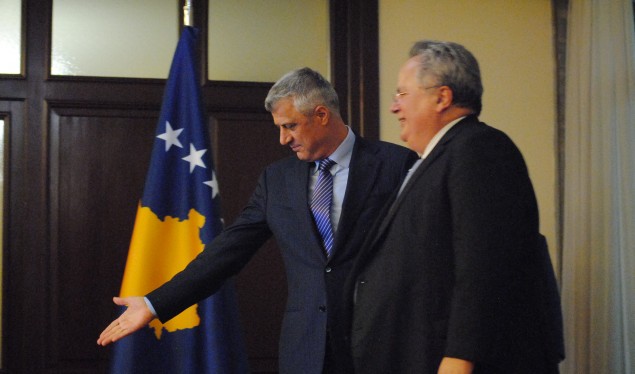 TIRANA, April 13 /ATA/ – Kosovo President Hashim Thaçi has welcomed the Minister of Foreign Affairs of Greece, Nikos Kotzias, as he visited Prishtina as part of his tour of the Balkans on Thursday.

During the meeting, Thaçi and Kotzias discussed bilateral ties, ways to further deepen economic cooperation and the importance of the EU-facilitated dialogue for the normalisation of relations between Kosovo and Serbia.

“Normalization of the relations among the Western Balkan states, as well as the European Union itself, is very important to all countries,” Greek Foreign Minister said.

Kotzias said his country supports the European integration project at all levels.

“We are grateful for Greece support for membership into international organizations and we request for this support to continue for our membership in INTERPOL, UNESCO, NATO, the European Union and the United Nations as well,” President Thaçi said, adding that “it is very important that Greece maintains its constructive attitude.”

President Thaçi and the Foreign Minister of Greece also discussed the process and the modality of opening the Kosovo office in Athens, which would help strengthen the bilateral relations between the two countries. 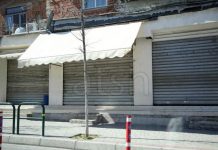 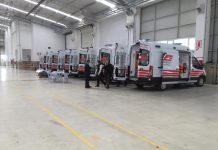 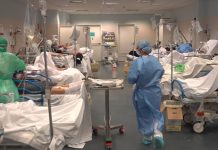 COVID 19/ Staggering views of Bergamo hospital, one of the best in Europe